Colleges Where Interviews are Required or Strongly Recommended

With the fall application cycle now in full swing, it's important to keep an eye on interview requirements for the schools on your list—especially if they're looking for evidence of demonstrated interest.

To make this easier for you, we've compiled a list of popular schools where interviews are required or strongly recommended, along with the degree to which the institution considers demonstrated interest as part of the evaluation.

In cases like Hillsdale College where interviews are highly recommended and demonstrated interest is very important, it's a good bet than an interview is worth your time.  On the flip side, if interviews are optional and demonstrated interest isn't considered, booking an interview is less critical.  The devil is in the details, so to help you figure out your strategy we've also included a link to each listed school's interview policy.  Do keep in mind that interview requirements may often vary by major.

At Last, Your Financial Aid Ordeal Has Gotten Easier

Posted in Class of 2021, Financial Aid 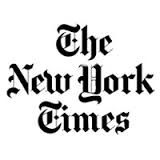 Beginning this year, you'll be able to file your Free Application for Federal Student Aid (FAFSA) form as early as October 1st.  Here's a good article from the New York Times which details some of the changes you should be aware of.

The Common App for 2016-17 is now live, and we've just wrapped up our analysis of the real number of short answer/essay prompts required for each school.  If you've been through this process before, you know that just because a school lacks a writing supplement doesn't mean there are no additional essays to complete.  Many schools in fact simply embed these prompts in the main application itself.

This post summarizes the prompts required for 200+ Common Application schools in our coverage universe.  Our definition of a prompt is a question that requires more than a one word or one sentence answer.  It's not perfect, but it should help you gauge the amount of writing you'll need to get through over the next few months.  It'll also help you identify schools that you can apply to without the need for extra essays!

Early Admission Plan Changes for the Class of 2021

Posted in Early Admission, Class of 2021

Many colleges and universities have begun updating their websites for the Class of 2021 (Fall 2017) admission cycle.  While we expect the activity to continue into the late summer, several of the changes we've observed are worth noting.

If you're considering early admission, be sure to check out our list as it may impact how you decide to apply this fall.   Note for our subscribers: the data has already been incorporated into the product, so all you have to do to see how it impacts your plan is re-run College Kickstart.

Posted in Your College List, Class of 2021, College Rankings

Money Magazine just released its college rankings for 2016-17. Nearly 2,000 schools were evaluated based on 24 factors along three dimensions: educational quality, affordability and outcomes. The result: 736 schools that deliver a great education at an affordable price, with good outcomes post graduation.