The Early Admission Advantage (Part 3 of 3)

Posted in Early Admission, Class of 2024 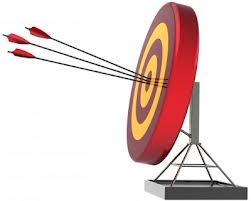 In Part II of this series developed an early admission strategy based on your competitiveness as an applicant, your college list, and your strength of commitment to the top schools on your list.  If you're a competitive applicant with strong qualifications, we recommend that you:

With this early admission strategy in place, let's put it to work in Part III against a couple of hypothetical applicants.

In this blog post we'll apply our early admission strategy to a couple of hypothetical cases.

Jeff is a rising senior based in California in the top 10 percent of his class and good test scores.  Based on his research and a bunch of campus visits, he's narrowed his college list down to eight schools in the following order:

Since Jeff is both a competitive applicant and strongly committed to attending if accepted, he plans to apply EARLY DECISION I if there is a meaningful admissions advantage.  After sifting through the admissions data, he confirms that by applying early the admission rate rises from 7% (regular decision) to 26% (early decision).  Assuming he has no financial aid issues, it's a no brainer.

Jeff is also strongly committed to Colgate as his second choice if he is denied admission to Northwestern.  Since he's a competitive applicant at Colgate and committed to attending if accepted, Jeff's plan is to apply EARLY DECISION II.  In the event that Jeff's application to Northwestern is deferred, he'll simply submit his application regular decision to keep his options open there.  In looking at Colgate's admission statistics, Jeff sees that by applying early decision to Colgate the admission rate rises from 26% (regular decision) to 44% (early decision).

Finally, Jeff looks for other non-binding early action opportunities to generally enhance his odds of getting into one of the schools on his list.  The #4 school on his list, Case Western, offers such an opportunity.  Since Jeff is a competitive applicant here and the early action admit rate is 48% vs. 35% overall,  he opts to apply EARLY ACTION.

In summary, Jeff used the early admission strategies suggested in this series to enhance his admission odds in three ways:

If the news is good from Northwestern, he's done and avoids having to complete and pay for his appications to Colgate, Case and Boston University over the holidays.  If he's denied at Northwestern but admitted to Colgate, he's also done. If the news is good from Case Western, he'll be able to avoid having to work on lower ranked applications in his list over winter break (Boston University) and save Mom and Dad an extra credit card swipe to boot.

Now let's introduce our overachiever, Jane.  Jane is near the top of her class with outstanding grades and test scores.  Her parents have worked hard to save for her college education, so financial aid is not a consideration.  After extensive research and college touring, she's narrowed down her search to the following schools in rank order:

Jane is strongly committed to Duke as her top choice and looking for ways to improve her chances of getting in.  After reviewing the admissions options for each school, she learns that Duke offers ED I, Stanford and Notre Dame offer Restrictive Early Action, Grinnell, Scripps and Occidental offer ED I and ED II, Santa Clara offers Early Action and ED I and UMass Amherst offers Early Action.

Like Jeff, Jane develops her strategy using the principles outlined by College Kickstart.

Since Jane is both a competitive applicant and strongly committed to attending if accepted, she plans to apply EARLY DECISION I assuming there's a meaningful admissions advantage.  She confirms that by applying early the admission rate rises from 7% (regular decision) to 24% (early decision).

Jane has Stanford as her second choice.  Though her admission chances might be enhanced by applying restrictive early action, this option is not available since she is applying early decision I to Duke.  Jane's strategy for Stanford is to apply REGULAR DECISION.

Jane then looks for other non-binding early action opportunities to generally enhance the odds of getting into one of the schools on her list.  The #5 school on her list, Santa Clara University, and the #8 school on the list, UMass Amherst, both offer non-binding early action options. Since Jane is a competitive applicant at both schools and early admit rates are materially better than regular decision admit rates (59% vs 41% at Santa Clara and 76% vs 45% at UMass Amherst), Jane decides to apply to both schools EARLY ACTION. Note too that while Notre Dame offers Restrictive Early Action, Jane is unable to apply this way because she is applying ED I to Duke.

In summary, Jane employed the early admission strategies suggested in this series to increase her admissions odds in two ways:

This example also illuminates how applying early to one school (Duke) can restrict you from applying early to others (Stanford and Notre Dame).  That's why it's always important to consider order of interest to make sure you're prioritizing appropriately.

Now let's assume Jane has returned from her campus visits not feeling particularly strong about any of the schools on her list and would rather see what her options are before making a decision.

Jane is a competitive applicant but NOT strongly committed to attending if accepted; in this case it makes no sense to apply early decision.  Jane's correct choice is to apply REGULAR DECISION.

Jane is interested in Stanford as her second choice.  Because she has not applied ED I to Duke, applying restrictive early action to Stanford is now a possibility.  In researching admission rates, Jane learns that the admission rate for applying restrictive early action is 10% vs  4% for regular decision.  Because Jane is a strong applicant, she opts to apply RESTRICTIVE EARLY ACTION.

This scenario shows how much early admission strategies can change based on the order of a list, the degree to which you are committed to attending an institution, and the terms and conditions of the early admission plans offered by each school in a student's list.

In this series of blog posts we've seen how early admission programs can meaningfully improve your odds of success and potentially reduce overall effort and cost in the process.  We've touched on the fundamentals, explored how each early admission option can be used, and applied these to several hypothetical cases.

No doubt, early admission can get complicated very quickly, but it's absolutely worth your undivided attention. For those of you looking for an easier way to demystify the process, consider taking a look at College Kickstart, which automatically recommends an early admission strategy that is both appropriate and within the rules based on your list and several other considerations.  It's easy to use, very effective, and available for less than the cost of an application.